Please use the form to compare car and minivan rental quotes at all major locations in Portugal.

Type the name of the location where you would like to collect the rental car if not Faro Airport.

Most car rental companies in Portugal do not accept American Express cards.

Sharing the Iberian peninsula with Spain, Portugal, was until a few decades ago one of Europe's best kept secrets. Until the 1974 revolution, Portugal was run by a fascist dictatorship and tourism wasn't encouraged. Following the revolution, Portugal opened its doors to the world and to tourism.

Portugal joined the European Union in 1986, and since then there has been a large growth in the influx of tourists to locations such as the Algarve, Lisbon and more recently Porto.

Portugal is a country of bright colours, with the sun shining most of the time, especially in the south. To the north of the country, Portugal is lush and green with plenty of rainfall, but as you travel further south the country becomes drier and warmer. In summertime the south of Portugal is arid and very hot.

Portugal has strong traditional values - it is not uncommon to find several generations of a family living under a single roof. The country has high rates of unemployment, with many people relying on tourism as their source of income.

Today Portugal remains one of the most popular tourist destinations in Europe and offers excellent for money (especially if you are prepared to venture away from the major tourist locations).

Away from the big cities and tourist hotspots, Portugal still retains it's old world charm, with picturesque villages, cork and olive plantations and large areas of unspoilt countryside.

Lisbon the capital of Portugal was almost completely destroyed by an earthquake in 1755. However, the Alfama district mostly survived and offers a glimpse into how Lisbon looked before the earthquake. The area is very popular with tourists, with its impressive architecture, narrow streets, cafes, Fado bars and spectacular views over the Tejo River. 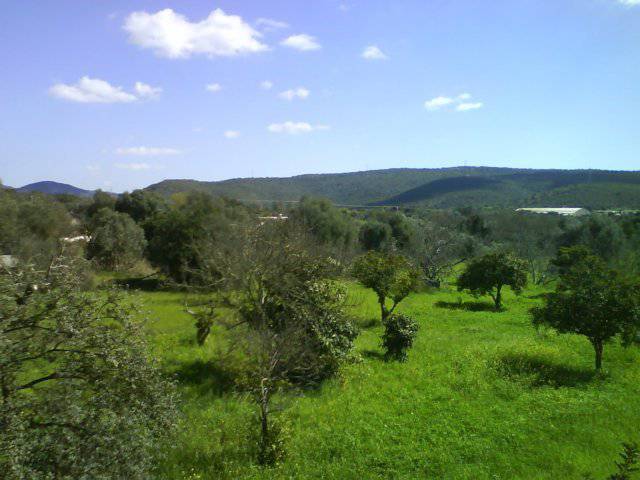 The climate of Portugal is ideal for sports and outdoor activities. Portugal attracts golfers (especially in the Algarve where you can play year-round), walkers, cyclists, windsurfers and accommodates virtually every type of water sport.

Away from the Beaches

Although Portugal is renowned for its beaches, the countryside in Portugal offers some wonderful scenery. In the south venture inland in spring or winter when the landscape is lush and green, and migrating birds and butterflies can be found in abundance. In the north of Portugal much of the scenery is green all year around.

Soup is one of the essential parts of the Portuguese menu and a popular soup is 'caldo verde'.

Fish dishes are popular throughout Portugal, with sardines being one of the national dishes of the Algarve. Seafood cataplana is a traditional Portuguese stew which can contain a variety of local fish ingredients depending on the region where it is served.

Portugal is renowned for its wines. Green wine is a light sparkling white produced in the north of the country. There are many good red wine growing regions in Portugal such as Douro which produces Dao which is popular in the UK.

Originally manufactured as a medicine, Licor Beirao is a traditional liquor served in most bars and which has been popular in Portugal for over 100 years. 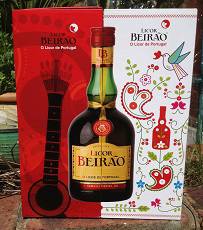 The currency of Portugal is the Euro. Since its introduction in 1999 prices have risen sharply in Portugal, however compared to the UK, Portuguese prices are still comparatively low, especially for heavily taxed items like alcohol and tobacco.

A packet of cigarettes costs around 4 Euros in Portugal, and a good bottle of Portuguese wine shouldn't cost more than 3 or 4 Euros from a local supermarket.

Eating out is generally cheaper in Portugal than in the UK, especially if you are prepared to venture away from the tourist hotspots. A meal for 2 including wine should be achievable for under 20 Euros.

The 3 major airports in Portugal are Faro Airport in the Algarve, Lisbon and Porto. All 3 airports are now regular destinations with the low cost airlines such as Ryanair and Easyjet. 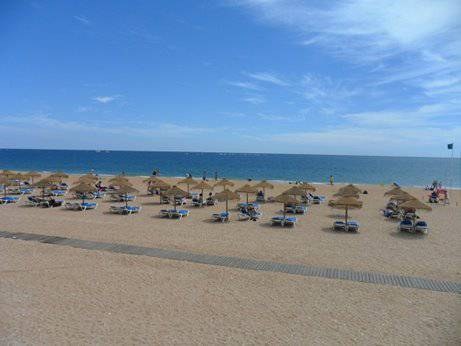 The weather in Portugal is generally warm and sunny in the south, and cooler in the north. In inland regions such as Alentejo, temperatures can be very high in the summer (sometimes topping 40 degrees Centigrade).

The peak tourist season extends from mid-June to mid-September, but if you want to avoid the crowds, then travel to Portugal in the spring or in late autumn. During winter many of the regions of Portugal experience rain, and it is particularly heavy in the north.

Winter is an excellent time to visit the Algarve, especially in the south where the mild winter days are ideal for watersports, sailing, walking, cycling and other outdoor activities.

For the warmest winter weather, the Portuguese island of Madeira is an excellent destination for birdwatchers and walkers.

Birdwatchers should also consider visiting the south west of Portugal in winter when migrant birds flock to region for the warm winter climate. The area to the west of Albufeira around Gale is excellent for birdwatching, and head for one of the inland lagoons around the border with Spain to find wintering flamingos.