Are you looking for a city break, maybe a beach holiday, or an even a more active vacation? The magical mystery tour that Gran Canaria offers allows you to experience all three on a single island. In Gran Canaria you'll find surf, turf, and urban places and spaces galore. 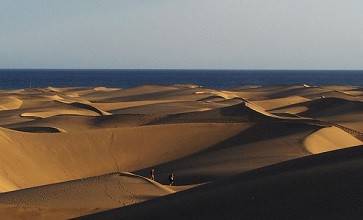 Las Palmas de Gran Canaria is the largest city in the whole of the Canary Islands. The "City of the Palms" has a laid-back, Caribbean feel to it, which might have something to do with the fact that cubata, rum and coke is the drink of choice for its party-loving citizens.

There are over 80 beaches to explore in Gran Canaria. Las Palmas de Gran Canaria boasts one of the island's finest city beaches in Las Canteras, whilst the southern resorts of Maspalomas and Playa del Ingles and their gloriously golden beaches are so idyllic that two of the largest resorts on the island have been established around them.

Over in the east, the strong sea breeze of Pozo Izquierdo has led to it becoming a regular venue for international windsurfing events. The west of Gran Canaria is wilder, and here you can discover the lost beach of Guigui by boat or by foot.

At the capital's Las Canteras, you must try "the Ascensor" (or elevator), which is a unique, underwater current. When you jump into the water from the reef, "the Ascensor" will lift you back up to where you jumped in. Swim out (although it's almost possible to wade from Playa Chica) to the barrier reef. The Canteras side of this reef is calm like a giant swimming pool, whereas the other side allows you to feel the full force of the Atlantic.

A mere 10 minutes drive from Las Palmas de Gran Canaria, you'll find the island's pearl - Arucas. This beautifully-preserved town has a centre that simply demands a stroll, and a stunning church which resembles the design of Gaudi. Visit the Arehucas rum distillery for a free tour which includes a snifter or two at the bar. 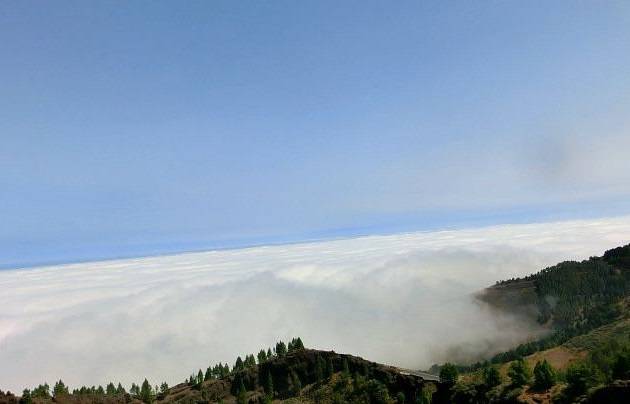 It's not only Galicia that's home to the Camino de Santiago, Gran Canaria has its own version. This route traditionally linked Tunte in south-central Gran Canaria to Galdar in the north-west, but has since been transformed into a coast-to-coast trek.

In truth, it's one of many hikes you can enjoy on the island. Another favourite with hikers is the Mirador de los Pinos de Galdar, a mountainous area where you can walk above the clouds and catch some stunning views of the coast.

Gran Canaria food is largely based on sea-fresh produce, with fish platters and seafood paellas being two of the most popular dishes on the island. Gran Canaria is slightly more expensive for eating out than Tenerife, expect to pay around €20-25 per person for a meal with wine at a good restaurant.

Recommendation: For a meal with a spectacular view, try Restaurante Mirador la Cilla Artenera which is around 30km inland from Agaete.

There's no bad time to visit Gran Canaria. It truly is an island for all seasons and is known as the Land of Eternal Spring with temperatures rarely getting unbearably hot or cold.

Like all of the Canary Islands, Gran Canaria has a sub-tropical climate, with temperatures hardly ever dropping into single figures on the coast. Expect daily maximum temperatures of 20 degrees Celsius in January and around 30 in July/August. 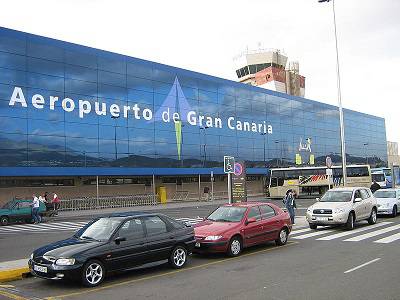 Around 10 million people fly into the Aeropuerto de Gran Canaria every year. There are both chartered and scheduled flights from the UK and mainland Europe. One terminal, split over two levels, is organized into three zones. Zone A's for EU flights, Zone B for international flights outside the European Union, and Zone C for flights within the Canary Islands.

So whilst it's 24km from the airport to the island's biggest city, it's a further 6km between Las Palmas and Playa del Ingles.

As an alternative, you can fly to Tenerife and take a ferry across to Gran Canaria (the ferry takes about an hour from Santa Cruz to Agaete). The distance between the 2 islands is about 60 kilometres.

It takes two days to reach Gran Canaria by ferry from Cadiz on the Spanish mainland.

Getting from the Airport

The easiest option is probably to hire a car, but there are alternatives at Gran Canaria airport. Whilst there's no train station (rail doesn't exist on the island) there are regular Global buses south to the resorts and north to the capital.

Considering the island is roughly the same size as London, taxis are an affordable option. It will cost you around €30 to Las Palmas de Gran Canaria and approximately €40 to the southern resorts from the airport.