Blue Valley Car Hire also provide car hire quotes for many of the major resorts in the Costa Almeria and Costa del Sol.

The historic city of Granada is located in the foothills of the Sierra Nevada mountain range in the south east of Andalucia. Attracted by the spectacular Alhambra Palace, millions of tourists from around the world visit Granada every year.

Granada Airport (Aeropuerto Frederico Garcia Lorca Granada Jaen) is a small airport with a single terminal building handling arrivals and departures. The airport is a 25-minute drive (20kms) from Granada city centre close to the town of Santa Fe on the A-92 motorway (5 minutes from junction Exit 230). Granada Airport also serves the neighbouring Jaen province. 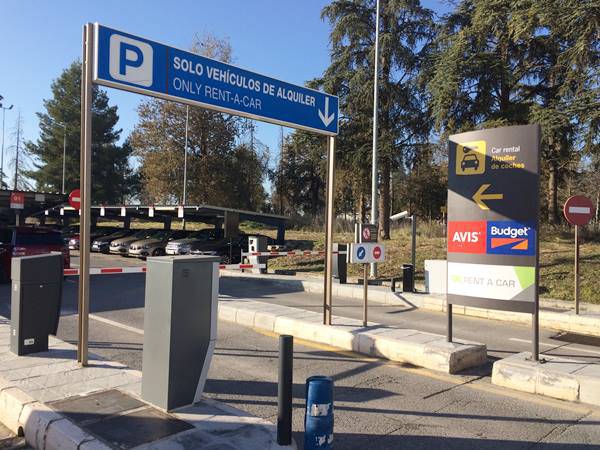 There are 3 car rental companies with offices and airport collection at Granada Airport:

The closest fuel station to Granada Airport is Las Galesas which is located on the roundabout at the airport entrance. This is the ideal place to refuel your rental vehicle.

All companies provide basic CDW insurance by law, there will be an insurance excess in the event of vehicle damage or theft. These higher levels of insurance will remove the excess liability but also increase the cost of the rental. If you don't have a credit card (or have low credit on the card) paying for the extra insurance is the most viable option as no credit card security deposit is required.

Alternatively, customers may purchase the Third Party AXA insurance offered with the quote which will be cheaper than the high-tier products but require a security deposit with the rental company. Customers must pay in Spain for any damage then claim the cost back from AXA separately.

NOTE: It is worth checking if your credit card insurance covers car hire.

If you are not renting a car, there is a regular bus service to Granada city centre operated by ALSA. From Granada there are bus and train services to Seville, Malaga and other locations on the Costa del Sol.

There is no train station at Granada Airport.

Taxi prices in Andalucia are government regulated, and a taxi from the airport to Granada city centre (bus station) should around € 20 in the day (slightly higher prices at night and weekends).

Granada is a small airport and is primarily used for internal Spanish flights. Many visitors prefer to fly to Malaga Airport which is around an hour and a half drive to the south west.

There are direct flights to Granada from the UK from London City airport (British Airways) and London Gatwick and Manchester (Easyjet). There are several daily internal flights between Granada and Barcelona and Madrid.

If you have an early flight there are a few budget hotels located just off the A-92 very close to the airport. Hotel Marinetto in Chauchina and Hotel BS Capitulaciones in Santa Fe are good budget options.

The best place to stay close to Granada Airport is in the city centre itself. Below are some ideas of where to stay in Granada: 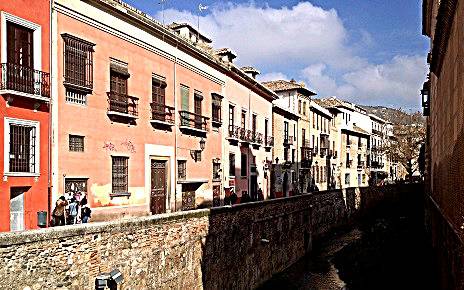 Granada is located at an altitude of over 700 metres in the heart of the Sierra Nevada mountain region. In winter temperatures can be cold, but when the sun shines the temperature will rise making it pleasant to be outside in the sun. Winter daytimes maximum temperatures typically vary from 10 to 16 degrees Celcius.

Spring and autumn are the perfect seasons to visit Granada with temperatures reaching the low to mid 20s in the day.

Summer can be oppressively hot in Granada with temperatures regularly in the mid-30s in July and August. In winter the temperatures in Granada can be a lot colder than on the coast, although when the sun is shining it generally feels warm.

Places to visit in Granada 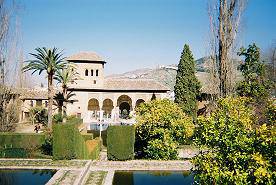 The spectacular World Heritage site the Alhambra Palace and Generalife Gardens in Granada, built by the Moors in the 14th century. The palace is a very popular tourist attraction and can be very busy in the summer, and tickets from April to September regularly sell out (for daytime entry), so it is highly recommended that you reserve your tickets online as early as possible to make sure you can visit on the date you prefer.

Pre-book tickets to the Alhambra here.

Night time visits are great for the hot summer and tickets are easier to obtain usually. Allow at least 3-4 hours to for the visit.

Granada is located around 65km inland, so the temperature can be hotter than on the coast in the summer months.

There are many great places to discover in the city itself. For those interested in Spanish history the eye-catching Cathedral and the Royal Chapel are worth visiting.

Plaza Nueva is where many tourists end up after visiting the Alhambra Palace. The plaza is around a 15-minute walk downhill from the palace and gardens. The plaza is full of bars and restuarants , most offering al fresco dining in the warm Granada sun. 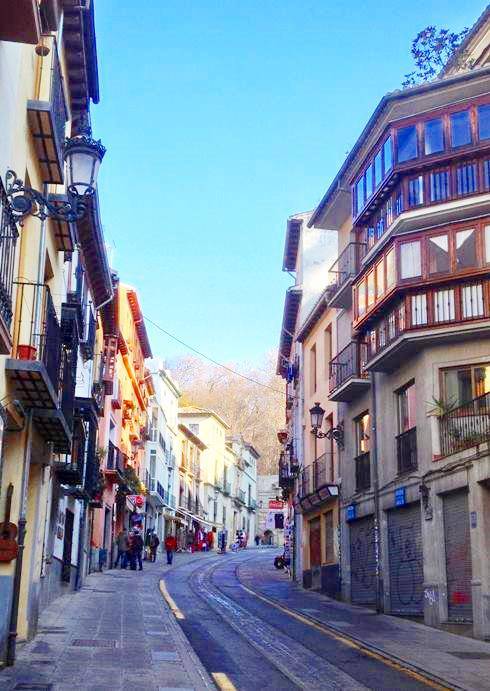 The narrow alleys of the Alcaiceria just off of Bib Rambla square are enchanting. The name derives from the Arab term "al-qaysariya", meaning a commercial area. The area was formerly a silk market but is now lined with any number of tourist shops where you can by souvenirs depicting the Alhambra.

Bib Rambla has plenty of bars and several "al fresco" restaurants where you can enjoy a refreshing beer or indulge in some local tapas.

The impressive view from the Mirador de San Nicolas in the Albayzin quarter is a must see for any visitor to Granada. From here you can enjoy spectacular views over the city and across to the Alhambra Palace and Generalife gardens. 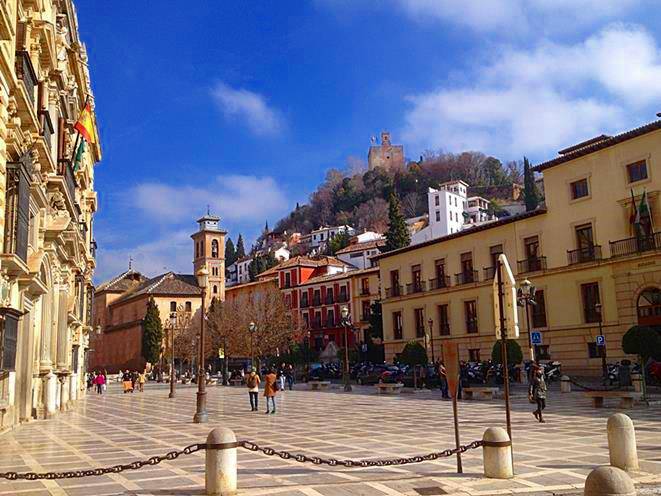 If you have more time to explore the Granada region, the province has more to see than the city and the Alhambra. During the colder months (November to April), you can enjoy Skiing at Europe's most southerly resort. The snow-capped mountains of the Sierra Nevada are at such a high altitude, that you can ski in the morning, and sunbathe on the beaches of the Costa Tropical on the same day.

Some of the best beaches on the Costa Tropical are at Almunecar and La Herradura both of which are quiet coastal resorts popular with Spanish families.

The annual highlight of the Granada calendar is Easter week. The Easter processions are not as busy as in Seville, so it's easier to get a good view. The best place to see them is around the Cathedral or Gran Via.

The Crosses of May are a colourful festival celebrated during the first week in May in the streets around Granada. The best time to see them in the early afternoon and evening. 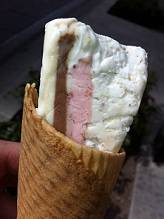 At Christmas time in Granada Nativity scenes created by schools and local associations appear around the city and Christmas markets with local handicrafts. For skier's it's the ideal time to be in town.

As with any Spanish city, food and drink is varied and great quality. Don’t miss the Arab style tea shops in the Lower Albayzin on Caldereria Nueva street.

In most bars in Granada you will enjoy free Tapas with your beer and wine. Find your favourite spots in the city by tasting their complimentary tapas each evening or lunchtime.

If you prefer something a little more romantic enjoy dinner below the Mirador de San Nicolas in one of the Carmen restaurants. Dine with the views over to the Alhambra.

For Ice cream lovers head to Los Italianos on Gran Via (open from mid-March to mid-October) and try their Cassata (house special) The most typical regional cake is Pionono named after the Pope Pius XI or Pope Nono.