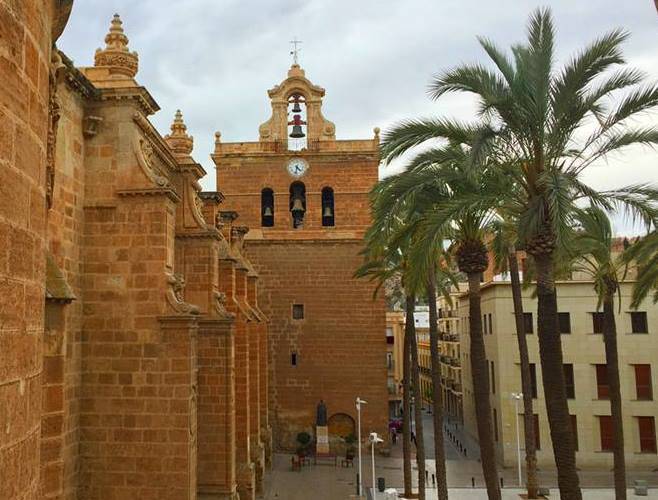 The alluring city of Almeria in south eastern Spain is situated in the warmest and driest region in the country. The city has a rich Moorish influence, and has many similarities to Malaga, although Almeria is more tranquil.

The surrounding coastline Costa Almeria has some of the most unspoilt beaches in Spain, notably the wild and rugged beaches of the Cabo de Gata Natural Park. Other popular coastal towns are Aguadulce and Roquetas de Mar which have large wide beaches and lots of activities to offer visitors.

The Almeria region is known as the greenhouse of Europe, specifically in El Ejido where a large variety of quality fruit and vegetables such as peppers are produced in huge greenhouses and exported around Europe.

The city of Almeria overlooks the sea and has its own port. An imposing fortress, the Alcazaba towers above the city. From this vantage point wonderful views are guaranteed over the city and Costa Almeria coastline.

The city of Almeria was a former Moorish stronghold, and this is reflected in much of the cities architecture and culture. The Alcazaba of Almeria is a fortress which towers above the city offering spectacular views of the sea and the city. It is free to visit and well worth the hike up the hill. Built in 955, it is the largest of the fortresses constructed by the Moors in Al Andalus.

Almeria Cathedral in the centre of the city is a striking building which was constructed with very few windows due to the threat from invading forces.

For those with a historical interest, the underground shelters from the Spanish Civil War - Los Refugios, offer a fascinating glimpse into wartime Spain. These tunnels took 3 years to build underneath the city and at 4km in length are one of the best examples of wartime shelters in Europe. The entrance is at Plaza Manuel Perez Garcia. (Closed on Mondays).

Insider tip: Visit the Centro de Interpretacion Patrimonial at Plaza Vieja. The views from the rooftops are spectacular. (Entrance is free, closed on Mondays) 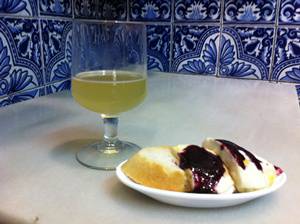 A refreshing drink known by the locals is Jabega which is served at Kiosco Amalia (close to Puerta Purchena). This lemon ice drink has a touch of alcohol. The bar is outdoors in the street. Another typical drink is the Americano, which is a short milky drink with cinnamon, lemon rind and a dash of cola cream liquor.

Tapas are a local favourite in Almeria. Wander around the charming streets and discover yourself. One place in the centre is Parrilla Pasaje. This bar designed the popular "Cherigan" which is an Almerian toasted sandwich served in many bars around the city. The name Cherigan apparently originates from "Sheriff", maybe from the Westerns that are filmed at the nearby Tabernas desert. Find the original Cherigan at C/Rueda Lopez, 1.

The Moorish influence in Almeria means that there are plenty of Moroccan restaurants to try too. Aljama on Calle Jovellanos is definitely worth a visit.

If you have a sweet-tooth, there are two popular cake shops that serve local pastries - El Capri and Dulce Alianza. La Dulce Alianza has been in business since 1888 and they are at Paseo de Almeria, 4 El Capri is on Calle Navarro Rodrigo, 21 and their speciality is the Glaseado cake. 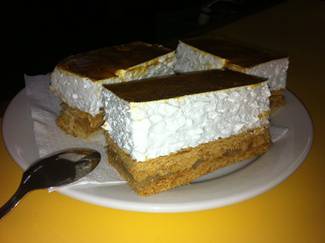 Recommendation: Casa Puga - Don't miss Casa Puga this place is an institution - this tapas bar is always busy but its tapas selection makes it worth a jostle to get a spot at the bar.

To the north of Almeria is the spectacular Tabernas desert. Many Hollywood movies have been filmed here due to it sunique landscape. At Tabernas there is a Mini Hollywood Theme Park where the film sets still survive from the 1960's and cowboys act out western scenes every day. Mini Hollywood is just a 20 mile drive from Almeria.

Hotel Cathedral is a great place to stay in the centre of Almeria. Non-residents can visit the modern bar for tapas in the evening or coffee and toast with views of the Cathedral square in the morning.

Hotel CostaSol at Paseo de Almeria 58 is centrally located and also have a great selection of food all day.

Plaza Vieja Hotel is an upmarket boutique style hotel, set in a typical square this tranquil setting is close to the Cathedral but away from the noise. 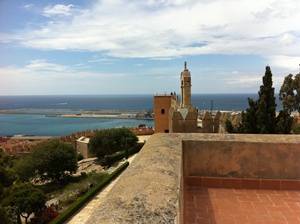 There are two dates in the Almeria calendar that are particularly recommended. The Crosses of May festival is held in early May. This festival has huge floral crosses set up around the city and typically has tapas bars alongside. The festival has a fantastic atmosphere in the daytime.

The highlight of the Feria (holiday) in August is the Virgen del Mar (Virgen of the Sea). On the last Saturday in August a floral offering is celebrated. This is the Patron of Almeria and the whole week is a festival with many different activities around the city. The typical Rocio choir take part in this tradition. A fairground is set up on the outskirts of the city with tapas bars, stalls and fair rides.

Almeria is known for its unrivalled climate, with 320 days of sunshine each year. The climate makes the region popular with golfers and sun worshippers alike. The best beaches are in Cabo de Gata National Park and there are 10 golf courses in the region to choose from.

Winter is generally sunny, and Almeria offers the warmest winter daytime temperatures in Spain, although winter nights can be chilly, although frost is very rare on the coast.